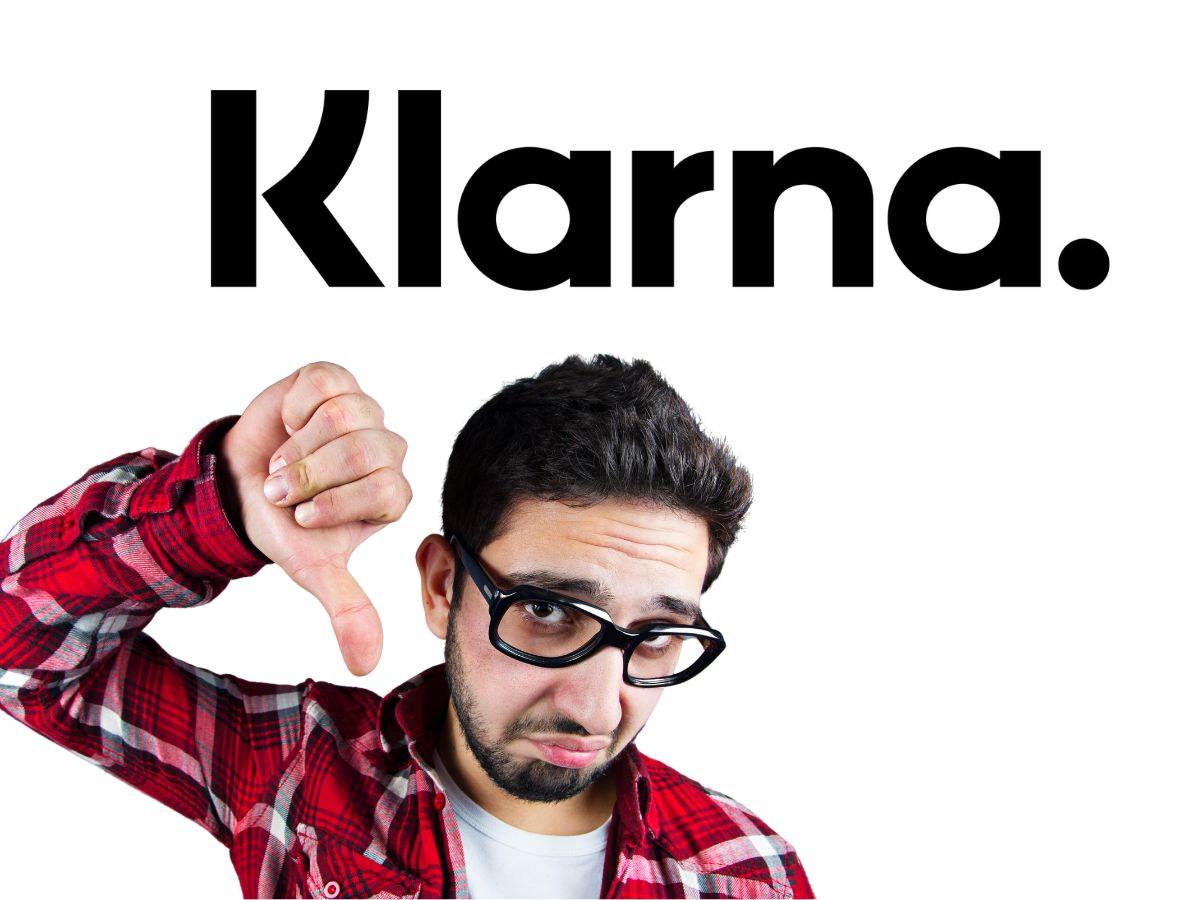 Are you struggling with Klarna debt? We can help ⬇

Klarna is a company offering a “buy now, pay later” service. It works by giving customers shopping online the option to purchase their goods without paying the whole price upfront. If you were to pay for an online purchase by debit card, for example, you would have to pay the whole amount at the time of the purchase so you would need the funds to be available at your bank. Over 4000 UK retailers use Klarna, and numerous well known online shops use Klarna, including ASOS, Topshop, Made.com and Halfords.

How do “pay later” companies work?

How the “pay later” companies would like their systems to appear to consumers is that if you use Klarna you purchase the goods and have them sent to you without having to pay upfront. When the goods arrive you can decide whether or not to keep them, as usual. If you do not return them within the period allowed, you then either pay the whole amount due in 14 -30 days, without interest charges, or Klarna allows customers to spread the amount due over several instalments with “financing.” Other “buy now, pay later” companies operate in a similar way.

How it actually works is far more sinister and insidious.

“Buy now, pay later” companies work by making it superficially easy and attractive for the buyer to purchase goods when they haven’t got the funds to pay for them upfront. Some shops even offer discounts and special offers that are only available if you also take up the “pay later” option. Buying items in this way without a very clear plan of how exactly you are going to fund the repayments is storing up trouble for the future. It is too easy to think that although you haven’t got the money to pay for the purchase now, you are bound to have it by the time you need to pay next month.

The “buy now pay later” option encourages people to buy items they do not really need, and without the reality check of having to pay for those items straight away. That “buy now, pay later” button click can all too easily turn into a nasty debt, leading to debt collectors contacting you and all the problems that bad credit history will cause.

“Pay later” companies aim to prevent customers from having ‘second thoughts’ at the online checkout stage. Those second thoughts are actually a necessary check on our consumer impulses; it is wise to consider our purchases carefully. Do we need the item? It is the best purchase we can make, taking into account the price and the quality? Can we afford it? How are we going to pay for it? These are all questions we should be asking ourselves each and every time we buy anything, yet “pay later” companies want to stop you from questioning yourself.

A Klarna consumer survey found that 44 per cent of people would not have gone through with their online order if “pay later” was not available. It is likely that those people should not have made the purchases had they been acting prudently, but the easy availability of credit made them drop their guard.

It is also likely that people spend more on a “pay later” purchase than they would do if they had to pay upfront. This is a vital part of Klarna’s business model and one of the points on which they sell themselves to retailers. Klarna’s knowledge base for retailers states that 68 per cent of online shops using “pay later” systems see their average order value increase, meaning that people spend more money when they are offered this option. Can all of those people really afford to make those repayments when repayment day comes round at the end of the month?

Klarna also offers a financing system, for which it undertakes a hard credit check. Being able to pay in instalments does not reduce the total amount you have to pay but it can lure people in. A purchase for £25 a month for 4 months appears cheaper than a one-off purchase of £100 but it isn’t. Add the impact of repeated “pay later” purchases stacking up each payday and it is easy to see how “buy now, pay later” purchases can be the first step into a lifestyle funded by debt.

How easy are the acceptance criteria?

It is too easy both to be approved to use Klarna, particularly the “buy now, pay in 14-30 days” option, and to use it.

The “buy now, pay later” version of Klarna is often pre-selected by retailers as the payment option in their online checkouts. This means the consumer has to make a conscious effort to deselect Klarna and choose debit card payment. For this service, Klarna online makes a soft credit search which does not appear on the customer’s credit file and takes into account other factors such as postcode. It is relatively easy to be approved for Klarna, with no minimum credit score required. Consumers have reported using Klarna by mistake, without realising that they were actually signing up for a form of credit. It surely does not get any easier to incur a potentially problematic debt than that.

What happens if you can’t pay?

The Financial Times has called “pay later” schemes the ‘new debt traps for Millenials,’ reporting that “pay later” tempts consumers, particularly the young, to spend more than they can afford. It pushes the issue of paying away from the point of checkout to the end of the month. The difficulty is that at the end of the month you may well not have the money to pay. In a recent survey, the Young Women’s Trust found that 40 per cent of young men and 29 per cent of young women struggled to make their funds last from paycheck to paycheck, making it even more likely that young people will be tempted by the chance to push payment towards their next payday and then leaving these consumers with no means to repay the debts they have so easily incurred.

If you have used the ‘financing’ option and you miss a payment then any promotional reduced or interest-free period will be cancelled and you will have to pay the full interest of 18.9%, making this as expensive as borrowing on a credit card. Missed ‘financing’ payments are reported to the credit reference agencies.

The 14-30 days “pay later” scheme doesn’t charge fees for missed payments but your credit score will be affected, making it more difficult for you to take out credit in the future and potentially impacting your chances of being approved for a rental tenancy.

If you have been tempted by a pay later scheme and, come payment time, you cannot pay then it will affect your credit score. You will end up with debt problems which if they are not managed can cause long term difficulty.

Ultimately, if you do not pay then Klarna will pass your debt to a debt collection agency.

How long will it be until they sell your debt?

Klarna state that they will outsource their 14-30 day “pay later” debts – which means either refer or sell them to a debt collection agency if payments remain unpaid for ‘several months’. There does not appear to be any set period after which the debt will be sold, and Klarna has the power to sell their debts at any time. If you have missed a payment with Klarna it is possible you will be contacted by a debt collection agency. If this happens, it is important to be aware of your options.

A worrying sign is that in the first half of 2020 Klarna reported losses which were seven times greater than in 2019, despite its sales rising. These issues were partly caused by customers not paying back their credit, as well as its huge international expansion. The greater the losses, the more urgently Klarna will seek to recover payments to reduce those losses.

You will find more information about the options which may be available to you, depending on your circumstances, on the DebtBuffer site. DebtBuffer not only helps people write letters to their creditors but we even have a helpful AI chatbot which can ask questions to help you understand the various options. DebtBuffer understands that life is too short to carry the damaging burden of bad debts. We aim to help people take back control of their lives and their money.

If someone has a high level of debt that is becoming or has become, unmanageable due to “buy now pay later” companies then they should have no regrets about looking to one of the potential debt management solutions such as an IVA to resolve their debt issues, and avoid paying a penny more than they have to. The majority of goods purchased on “pay later” schemes are ultimately fuelled by cheap labour, making this a toxic system both for consumers and those producing the goods they are purchasing.